Is Gaming Headed for Another Crash?

Is Gaming Headed for Another Crash?

Published on January 30, 2013 by Spydersvenom in editorial, featured

Today’s editorial comes thanks to a listener (@Ares_0926) who posed the following observation: “…THQ and Atari, cyclical market consolidation or victims of the economy?  [What about] Acclaim and Midway?  [Is there a connection] to the crash of ’85 and the post-NES consolidation[?]”  Again the sentence structure is extracted from tweets so I had to fill in the gaps a bit, but he brings up a great thought.  Where is gaming right now?  As companies downsize, disappear, and things start to look a lot like the marketing term “big fish, little pond,” are we seeing history repeating or is this something different.

At the top of this year, troubled publishers THQ – whose properties have now been sold piecemeal out to various companies – and Atari, Inc. filed for bankruptcy.  In actuality Atari is just in need of $1 million or so, which is honestly not a large sum, to restructure and will most definitely live on, but filing for bankruptcy is never a good thing and Atari has been down this road before.  When we’re talking about publishers going down it’s important to note that unlike developers, who can close from time to time and take down sometimes hundreds of employees with them, publishers often own and operate multiple developers and are often not saved at the zero hour like most of THQ’s studios.  A publisher is the monetized backbone of any successful studio and also the gatekeeper as to whether a project lives or dies.  When this ship goes down no one rushes to save it, it’s left to sink until the other publishers can come in and pick the leftovers clean.  In some cases those leftovers offer very safe passage to a new opportunity – Relic moving to Sega seems like a great move and they sold for the most money in the bankruptcy – but others that have seen less solidified investments, such as Darksiders developer Vigil Games, who was abandoned and closed down completely.  I don’t care what anyone says, it’s not good for the industry to have a publisher of any kind close, despite the real fact that it’s often none other than an administration’s inability to make smart business decisions, and as of late the number of closed publishers is far too great.  Acclaim, Midway, THQ, Atari – these are publishers that ushered in the beginning of video games and in many cases survived the video game crash of 1983 (it’s near the bottom of the article) and thrived moving forward.  These fossils of golden age gaming are now going extinct and the market is consolidating more and more.  These days the two giant publishers out there are Activision (Blizzard) and Electronic Arts (EA), both companies that started as small indies to give appreciation and thanks to those that make video games.  Oddly enough they have made some of the most poor decisions in streamlining gameplay, genre, the need to sequelize properties, and pathetic marketing all with the developer as the only thing to gamble with.  As you gaze upon the contemporary landscape it makes you wonder: are these market conditions or is it something more?

This is just a basic overview of the current gaming market and factors as to why we are seeing the trends we do.  Since it’s not my job or the focus of this article to speculate, it will run dependent only upon conditions, factors, and releases from the end of 2012 going back.  It’s a very different world than it used to be and everyone is just trying to figure out where gaming is supposed to fit.  Unlike previous console cycles, several factors differentiate the current market and help to explain these companies closings: 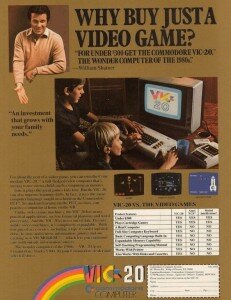 Is it Another Crash?

The crash of 1983 was actually about a market getting flooded with tons of software and no focus.  There were so many consoles on the market, each with unique games that were almost nowhere else, and everyone releasing them at varying prices, that it all imploded.  It was chaos, anarchy, and it doesn’t work.  We even saw this again to a certain extent in 1995 with CD media, and again, it’s the only time I ducked out of gaming for a while and I know I’m not alone.  Nowadays that’s far from the case, at least on store shelves.  Everything we buy is, for the most part, at the same price, available on all platforms, and from a trustworthy source.  On the other hand, the Apple and Android (plus any indie game store) are exactly what led to the crash.  If the market were to migrate to those platforms solely overnight, then you can absolutely expect this to happen, but console gaming isn’t there yet.  Without speculating on the future, these digital storefronts that are all about spitballing properties and seeing what sticks will ruin the industry in the long run and dethrone the stable publishers.  Hopefully everything gets figured out over the next 10 years as we celebrate what I think will be the final console cycle and the market will be better prepared moving forward.  So I guess, Ares_0926, to answer your question, it’s currently market conditions but it can quickly lead to another crash if the industry isn’t careful.

Got an idea for an article?  Hit us up at on Twitter or via our contact link and let us know what you’d like to read about on my new weekly feature.