Published on January 23, 2013 by Spydersvenom in editorial, featured

I know some of you follow me on Twitter () and already saw the negative things I had to say about Nintendo Direct’s “big reveals” today.  Before you judge or label me a fanboy of…whatever you think I’m biased toward, I urge you to read my thoughts first and then judge me.

Note: The following views are that of the writer, Fred Rojas, only and do not necessarily reflect the views of the B-Team Podcast or any of its other co-hosts.  This is a piece of independent editorial.

In high school I had this girlfriend named Alyssa.  She was pretty freaking cool – she was cute, she had a great personality, we hung out all the time – but she had one fatal flaw: she was stingy with the ass.  Yeah, you read that right, my ex-girlfriend just didn’t put out that much.  To hear her talk about it we were getting down all the time, but in truth my father was making tax payments on the house more often than I was getting laid.  Alyssa didn’t do it on purpose and honestly she didn’t view it that way.  Nope, she would talk about our previous sexual experiences, few as they may have been, like journeys to another world and from what I gather the memories of those events got her through months of abstinence.  That’s what I thought about as I watched the Nintendo Direct press announcement this morning.  Nintendo, like Alyssa, is stingy with the ass.

At the core of any Nintendo console there needs to be innovation to succeed.  Historically (and as the owner of a retro game site, I know what I’m talking about) Nintendo fails miserably when it tries to compete in the same arena as other consoles.  I was able to go on for nearly 2 hours about the wild, original, and great titles available for the Nintendo Wii, but I can’t name 10 games worth owning on the N64 and Gamecube combined.  That’s the initial problem with the WiiU: it’s trying to be innovative and it’s just not.  Once you notice that, the entire charade falls apart and these typical Nintendo announcements wash away and Iwata starts to resemble that toothless guy in a stained tank top on the playground offering you a piece of candy from the back of his van.  You get weary, you don’t trust him anymore, and something just doesn’t seem right.

I only know a handful of people who own WiiU consoles, and those are mostly because I dabble in the world of video game journalism and podcasts, but of that crowd no one purchased games available on other consoles.  Why?  They simply don’t deliver anything new.  Mass Effect 3 doesn’t come with the first two games or any DLC and sits on the shelf at the same price as the whole freaking trilogy on 360 and PS3.  Batman: Arkham City has its “steel cage” or “iron knuckle” or whatever edition that even Rocksteady can’t seem to get pumped about – probably because the game came out when my daughter was a newborn (she’s now 16 months).  Nope, like all other Nintendo consoles after the SNES, we rely on only one company to bring us quality titles on a Nintendo console: Nintendo.  Oh wait, they haven’t really released any.  New Super Mario Bros WiiU was developed by a handful of college kids so far as I can tell and Pikmin 3, the flagship title (that was originally intended for the god damn Gamecube) is so balls deep in development that both Amazon and GameStop put the release date as 12/31/2013, the “universal” placeholder.  As this doomed console looms over our heads like a Mayan calendar on 12/20/2012, I was told by these so-called “professional journalists” (who mind you are only faulted by some unnatural love for the big N) that the ray of sunshine had appeared, the seas parted, and we were all going to the promise land.  No bullshit, I thought the content in today’s Nintendo Direct was going to separate me from $350+ this afternoon.  That couldn’t have been further from the truth.

Iwata started by talking about the MiiVerse, probably the only feature of the WiiU that most owners even enjoy, and explaining that you can go into different channels and talk about games.  Despite my cynical urge to mention that those crazy “forum” things have been around since the 90s, I instead shrugged it off as a positive.  If Nintendo can encourage a few more WiiU owners to get involved in the rather impressive, albeit chaotic, world of the MiiVerse then I’m all for it.  Would have liked to see them offer a sorting feature, but it’s Nintendo so wishing for that is like wishing for voice chat.  Then they went on to tell me that the tablet controller will be able to take screen shots of my television – again, much like my “phone” and “digital camera” have been able to do for a decade, but I digress – and then showed me Pikmin 3.  No word on a release date for the game, so I have no idea when this marvelous invention such as portable screen grabs will be available for the demoed game, but it’s all about the promise, right?  Alyssa would have been proud of Nintendo’s dick teasing, making every little fanboy drool like a starved dog having a pork chop waived in front of him. 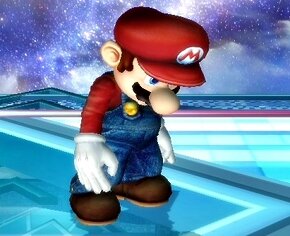 Finally Iwata got into stuff I care about, like the Virtual Console.  Turns out we aren’t going to get what we want, but for some reason the collective “whole” saw this as a good thing.  Instead of integrating new consoles, like the Gamecube, or even new games, Nintendo is going to re-release the same games that were on the old virtual console, but in small doses.  Yeah, you heard that right, they are going to re-release games we’ve had access to for almost 7 years now in sporadic chunks and try to charge us the same prices as before or, and I loved this part, charge us again for the games we already own to unlock the “feature” of sending the game to the tablet.  I know I expect the world of Nintendo, but when your gimmick for a console is a tablet that removes the need for televisions and you also mention that I can import all my digital games from the last console, I foolishly assumed this would be a free and fully integrated feature.  Nope, not with Nintendo, this requires some sort of fantastical software upgrade to put a large re-programmed 480p game from 1987 onto a smaller, low resolution screen that is the sole selling point of an entire console.  With more than 100 games in my Virtual Console library, Nintendo expects me to pay $1-$1.50 per game I already own (and only after a release date it determines on consoles solely of its choice) to show it on a little crappy pad I don’t even want on my console.  Thanks Nintendo, I’ll stay here in the corner and smack my balls with a hammer instead.  I also saw someone say, “Super Metroid for 30 cents, thanks Nintendo!”  Well what they failed to mention is that in a month of Nintendo’s choosing (I think this one was May), Nintendo will allow me to pay 30 cents (that’s an introductory price, I foresee the real price as more like $2-$3 in the future) to rent the game for a calendar month.  Iwata also mentioned, as if I didn’t know this, that should I want the game after this time period I could purchase it for regular price or if I already owned it I could upgrade, again for regular price.  So Nintendo truly believes that if I already own Super Metroid on the Wii VC (and I do) that I’m going to spend another 30 cents to rent it for a sole month of their choice when I’m forced to play it, migrate it to a stupid pad, and it’s going to blow my pants off so hard that I’m willing to pony up an additional $1.50 to keep that ability.  Now you start to see how Nintendo and Alyssa value their assets a bit higher than market value, don’t you?

Then Iwata went on to talk about games of the future, namely the beloved Nintendo franchises.  He mentioned Mario Kart, which I have seen released so often these days I can’t even tell if I’m disenchanted or just plain bored anymore.  He also said that the Mario Galaxy team is working on developing a new WiiU Mario title for the console.  This seemed to please everyone who heard it.  Guys, if this wasn’t Nintendo’s plan way back when Super Mario Land 3 released then Nintendo doesn’t stand a chance with the WiiU competing because my second cousin had that idea the moment he heard about the WiiU.  If a six-year-old can come to the same conclusion, especially if it’s before you can, then there’s a big problem.  He also announced a new Zelda game, which again should have been obvious and in development before Skyward Sword released more than a year ago, and Windwaker HD.  Okay on the surface this was a cool announcement, until I realized this is going to get the Ocarina of Time treatment, meaning that we’re going to pay $50-$60 for one of the few games worth keeping a Gamecube for.  Again with the over priced punany!  I liked paying $50 the first time, why can’t I just pay $20 for a digital version?  Oh, because it’ll be 3 more years before I see the next new Zelda so you’re just going to re-sell me the old one at full retail for a second time.  Thanks Nintendo!

It was sad before when we joked that Nintendo “resold” us our old games on the Virtual Console, it was even sadder when they tried to re-sell us the same games on a portable at full price, and now it’s just pathetic to see the plan for the WiiU Virtual Console.  The same goes for these announcements – I expect, and they better damn well be doing it, that Nintendo is currently developing another Mario or Zelda game for their new console, it shouldn’t be some amazing announcement 4 months after launch when the library is more scant than the plot of Showgirls.  I can’t possibly see why environmental groups are attacking Nintendo, they do more recycling than any media company I’ve ever seen.  Without a proper gimmick the WiiU has a poor 2013 planned and these announcements are nothing more than a repeat of a marketing plan I’ve seen far too many times in the past with this same company.  It is high time Nintendo made a power launch like they did holiday 2010, finally made nice with some 3rd party developers and got some god damn non-Nintendo properties on a console, and for christ sake’s adapt Earthbound to be license-free and release it on the Virtual Console for $8 (EDIT: Nintendo just released Earthbound onto Japan’s Virtual Console, known over there as Mother 2, but we will still never see it, grrr.) Don’t be stingy with the ass Nintendo, because Sega tried that recycling thing too and at this point Sonic is so worked over that he’s more diseased than the monkey in Outbreak.  Save Mario from the corner Nintendo, please.  Oh and for those wondering, Alyssa is a slut these days, she finally figured it out.